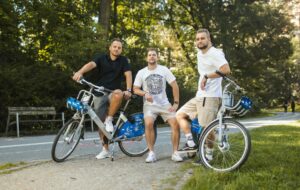 ” Our vision is cities where it is good to live, walk and ride a bike comfortably and safely.”

How did we get started?

Nextbike Czech Republic was founded in 2018 by Lukáš Luňák and Tomáš Karpov, best friends and long-time hockey teammates. Lukáš grew up in a family of bicycle manufacturers, so he was close to cycling from a young age. When he was finishing his sporting career and starting to return to his roots in the family business, he was attracted to a German buyer of bikes made in Hořice v Podkrkonoší – nextbike 💙

The guys knew bikesharing from their travels and wondered why shared bikes are exported from Hořice to 25 countries in Europe and not to the Czech Republic. They believed that Czechs have a relationship with movement and they like shared bikes.

So they took off – in 2018 they bought the nextbike license and started going around the first town halls with arguments for supporting shared mobility.

The first opening broke out in Lukáš’s home region, Prostějov, in 2019. That year, Havířov and Ostrava boldly and successfully joined in.

In 2020, the boom began. Nextbike rolled into 14 more cities, which was part of the reason why a third close friend, Dan Rambousek, joined the boys to help spread the vision of micromobility.

In this group they gradually managed to take the position of the largest Czech bikesharing, which counts 25 cities, 5 500 city bikes and e-bikes. Nextbikers have already saved 1,281 tons of CO2 in the air with their rides, which for the sake of illustration saves 58,227 trees a year of work.

Step on it with us! There are already 250,000 of us in the Czech Republic, and in such numbers we can influence the shape of urban transport.

What can we get you?

We are the most affordable bikesharing in the Czech Republic. Together, we’ve kicked it up a notch and today you can ride over 5,500 shared bikes and nextbike e-bikes to go shopping, work or play in 25 cities. 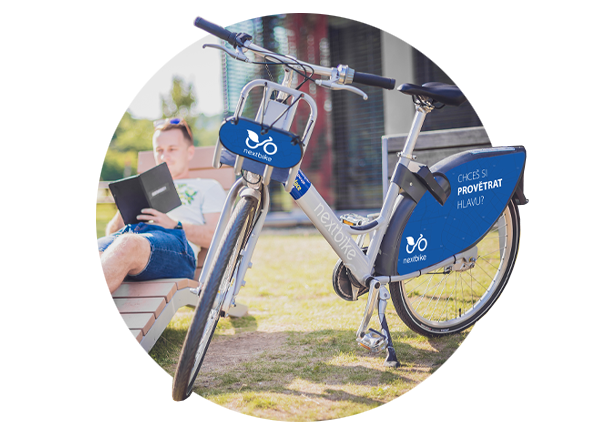 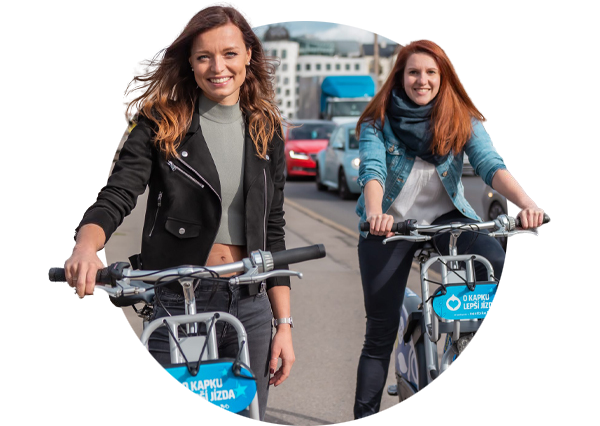 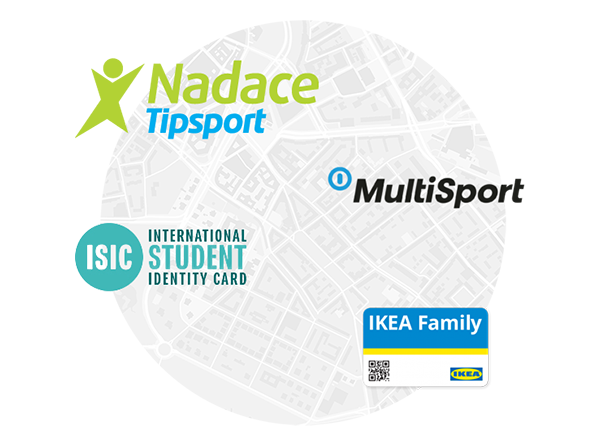